JOHANNA LEHESVUORI, soprano from Finland, received her Master of Music at the Royal College of Music in Stockholm (spring 2015), and then continued her studies there under a scholarship in 2015-2016. Before her studies in Stockholm Lehesvuori graduated as a vocal teacher from Central Ostrobothnia University of Applied Sciences in 2010. She has been taught by Raija Kemppainen (Pori), Marianne Tunkkari (Kokkola), Marjut Hannula (Helsinki), Petteri Salomaa (Stockholm), and Christina Billing (Stockholm). Currently she is working with Monika Hauswalter (Germany). Lehesvuori has studied Italian opera repertoire with conductor Simone Marziali, tenor David Rendall and conductor Massimo Morelli in Florence, Lucca and Milan.

Lehesvuori is a sought after performer in Finland and abroad. She has performed as a soloist with various choirs and orchestras (for example with Vaasa City Orchestra, Ostrobothnian Chamber Orchestra, Turku Philharmonic Orchestra, Tampere Philharmonic Orchestra, Se Ensemble, Stockholm Royal College of Music Sting Orchestra..), and she has given many lied recitals. Lehesvuori has worked in several opera productions in Finland, Sweden, Italy, Danmark and Luxembourg since 2006 (for example in Finnish National Opera, Kokkola Opera, Sellosali productions, Tornedalsteater (Sweden), Teatro di san Girolamo (Italy)…). She has also worked in musicals in three different professional theaters as a singer-actress.

Lehesvuori’s debut album ”Light of Christmas” was released in November 2014. The recording received praise from critics and listeners alike. She has been recorded Beethoven’s songs for Naxos with the Turku Philharmonic Orchestra under the baton of Leif Segerstam in 2018.

“Johanna Lehesvuori practically suprised me with her fresh and beautiful lyric soprano, combined with her advanced technical skills.” 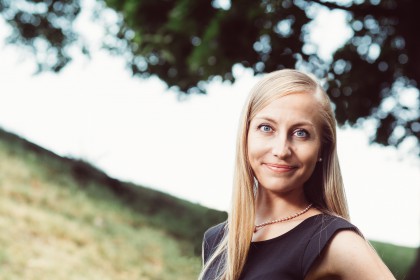